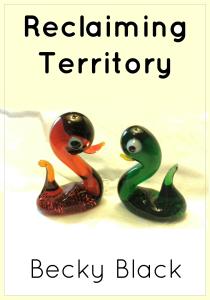 My short story Reclaiming Territory is free on Smashwords and the sites it distributes to. I will keep trying to keep it pricematched to free on Amazon.

Many years ago the events of a weekend at the seaside drove Jim to make a choice he’ll always regret. Now Jim and his lover Andy return to the place that once ended their relationship. Only there can they reconcile the past with their future together. (Short story – 4000 words.)

Available free on Smashwords
All details and more buy links on the book page.

On Earth, everyone is a soldier. Like all humans Jadeth was trained from birth to kill. Humans are the best soldiers in the galaxy and they fight for whoever pays the most. With no family, no country, no tribe, their lives and their loyalty belong to High Command. But when Jadeth meets Ilyan, a man they call The Prophet, he learns he’s been lied to all his life.

Brilliant intelligence analyst, Ilyan, is certain humanity and Earth itself is in imminent danger. High Command refuses to believe it, forcing Ilyan to go on the run, desperate to spread the truth. If he can’t make High Command believe in the threat, then he will take his message to the soldiers on the ground.

Infantryman Jadeth is one of those soldiers. He doesn’t know if it’s accident or fate that has brought him to Ilyan, but he knows he has only one mission now. He must protect Ilyan and his small band of followers as they travel through hostile territory, spreading the truth. High Command has betrayed humanity, and Jadeth has nothing left to believe in—except The Prophet. Ilyan is determined to reach Earth’s mercenary army, scattered across the galaxy fighting other people’s wars. His new guardian Jadeth must keep him safe from agents of High Command determined to silence him. If Jadeth fails he will have nothing left. If that happens Earth will learn how far a man can go when everything he believed in is lost.

The Battle of Hollow Jimmy 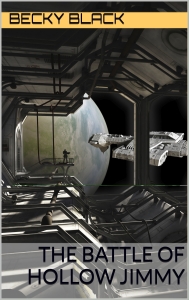 In this sequel to Shoot the Humans First the ancient and hectic space station Hollow Jimmy has become a haven, offering safety to many of the beaten and hunted remnants of humanity. A battleship captain turned pirate, who is bent on revenge, turns Hollow Jimmy into the focus of a struggle for the support of the humans sheltering there.

Maiga wants to vanish. She wants to leave Hollow Jimmy before someone recognises her and remembers her part in the events that led to the human race being all but wiped out. Though the station is a sanctuary, she knows there’s a new home elsewhere in the darkness. But others have plans too, for Maiga and for Hollow Jimmy. Their fates are about to be intertwined.

Captain Bara wants revenge. Perhaps that will silence the noises only she can hear aboard her ship, the Trebuchet. A ship whose name is becoming a curse to those who would like to see humanity finished off once and for all. For Bara, Hollow Jimmy is not a sanctuary. It’s a fortress. It’s a place for her to start a war.

The first battle is for Hollow Jimmy itself. A power struggle between opposing factions for the hearts and minds of the humans of Hollow Jimmy. A fight against an enemy neither woman has faced before – their fellow humans.

This site uses Akismet to reduce spam. Learn how your comment data is processed.